Angry victims. Empowered Victims. Defeated Victims. Passive Victims. We have too many victims in the world today. When my husband was in cardiac rehab last year, he sent me this text. A man on the treadmill next to him dropped some wisdom …

“There is a growing phenomenon of people posing as victims which is a consequence of a culture which portrays victimhood as a form of moral superiority.”

How is it that some people go through the trenches and back and just simply never become a victim of it all? No matter what life throws, they aren’t victimized by it. They find courage, persevere and blaze ahead. And then there are others, apparently enduring victims of a past or daily victims of the present. Chronic victimhood worn as a badge, worn like a quiet secret, worn like an excuse and heart-string for the world. Some create false bravado to overcompensate their pain, others act like sages sanctified in their empowered victim status. How did we become a culture of so many victims?

Has the world really given us more to be victimized by? Or, have we just become more inclined to identify, embody and claim the title and role of ‘victim.’ Like the guy on the treadmill said, ‘a form of moral superiority.’ Anyone who experiences injury, loss or misfortune has been a momentary victim of events, circumstance or another person. But then there are those that choose to carry their victimhood as a steady undercurrent, a backdrop, a medal of something earned. It turns into an invisible ‘award’ allowing them to be treated and regarded differently, apparently forever, because of what they’ve endured.

But, trauma and loss are not enough to make somebody a victim. Anne Frank, Jackie Onassis, The Dalai Lama, John McCain (insert the names that come to you here …) Tremendous loss, grief, suffering and pain and not an ounce of victimhood. 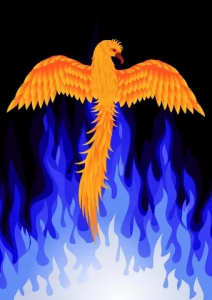 A victim and a hero are very different things.

Psychologically, the underpinnings of victimhood are the feelings that:

The desire for empathy – maybe that’s the element we have more of in our culture these days. Perhaps people are just craving empathy, sympathy, compassion and understanding.

The perpetual victim avoids responsibility and criticism, while receiving attention and kindness. While they might play the empowered victim, the humbled victim, the angry victim, the grieving victim, the healed victim… But, they are still so very wounded. Wounded teachers. Wounded prophets. Wounded healers. Their sense of worth all wrapped up in what happened to them with the hope that the world love them differently because of what they’ve been through. In the short term, it draws some people near. In the long term, the fallout can be seen trickling through their relationships and interactions like an acid. Unfortunate. Reactive. Eroding.

You want to love them, support them, see the strength and survivor in them. So, you overlook behaviors that are really pretty self-serving, narcissistic and manipulative. These people can come off as the heroine in the corner, having overcome so much with wisdom and heart now to face the world more bravely because of the sadness and misfortune they met in the past. The undercurrent there though is victimhood layered in coping. It’s sad. It’s misguided.

If victimhood becomes a permanent mentality, it becomes a tool of abusive power, grooming others, gaining special treatment and regard, soliciting sympathy and evoking compassion. It buys cooperation and opportunity and becomes something of a talent, drawing people and bringing out their altruistic motives. It also draws more victims into their company.

It becomes a pattern to blame for undesired situations and feelings. It becomes a pattern to deny personal responsibility for their own life, circumstances and emotions, even if it looks like they are taking it all by the reins. In this blueprint, there will always be more suffering, more casualties, more wounds, more loss.

A forever-victim, even if wrapped in the trappings of a Guru, is duped, tricked, scared of being a target and ultimately playing the fool. And, they end up duping others, making them a target and making them look the fool. For somebody who has overcome so much, it seems so sad to sabotage themselves and those around them again and again and again.

Victimhood, regardless of form, is an imbalance. It requests permanent special status. It asks others to support you differently. It becomes a distorted way to draw people toward you and attempt to claim power. And really, it fuels the whole victim story.

The opposite then would be balance, self-confidence, equanimity. A victor. A leader. A champion for themself and for others.

Victimhood, denied or realized, inhibits us from recognizing and consciously wielding power we already possess.

Having suffered loss, a crime or betrayal at the hands of another, is a temporary condition. Everyone will experience wrongdoing, disloyalty, devastation or defeat at some point. But, it does not take on a special status for everyone. There is no moral, spiritual or metaphorical superiority to having lost in life. Life is loss. Life is suffering. Life is change. Coddling the angry victim just feeds their need for the anger. Putting the empowered victim on a pedestal just fortifies the mistaken coupling of their worth with their pain.

There needs to be a growing phenomenon of people posing as victors. No apologies. No cover stories. Value in vulnerability and in strength, not because it follows misfortune but simply because it exists in all of us.